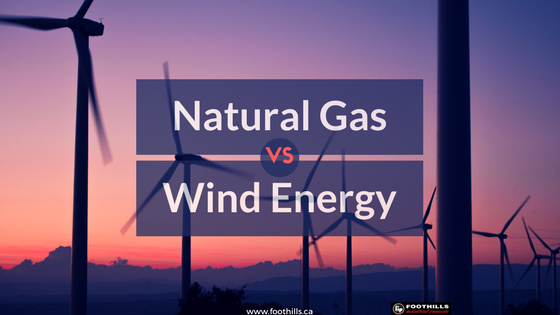 Energy is a crucial part of our everyday lives, and that fact is often overlooked by those who are not involved in the energy industry. However, there is a growing awareness among the general population about the importance of minimizing greenhouse gas emissions. Due to concerns such as these, and despite hefty prices, renewable sources of energy are growing in popularity. This leads us to question if the timing is right to introduce a higher percentage of renewables, such as wind, to Canada’s energy mix? This piece attempts to provide an educated and unbiased response to that question based upon factual information gathered regarding both natural gas and wind electricity.

TransCanada goes against the status quo by selling its solar power (wind is a form of solar power) portfolio to Axium Infrastructure Inc. for $540 million, the reason being that product line was not a core asset.

What You Need to Know About Wind Energy

Wind is created by giant convection currents in the Earth’s atmosphere, that start with heat energy from the Sun. This means as long as the Sun exists, wind will continue to be produced in the form of kinetic energy (BBC, 2014).

Wind turbines have large blades that are activated when the wind blows which then acts to drive the generator. Wind farms are several wind turbines grouped together in windy locations.

The Local Aspect of Wind Energy 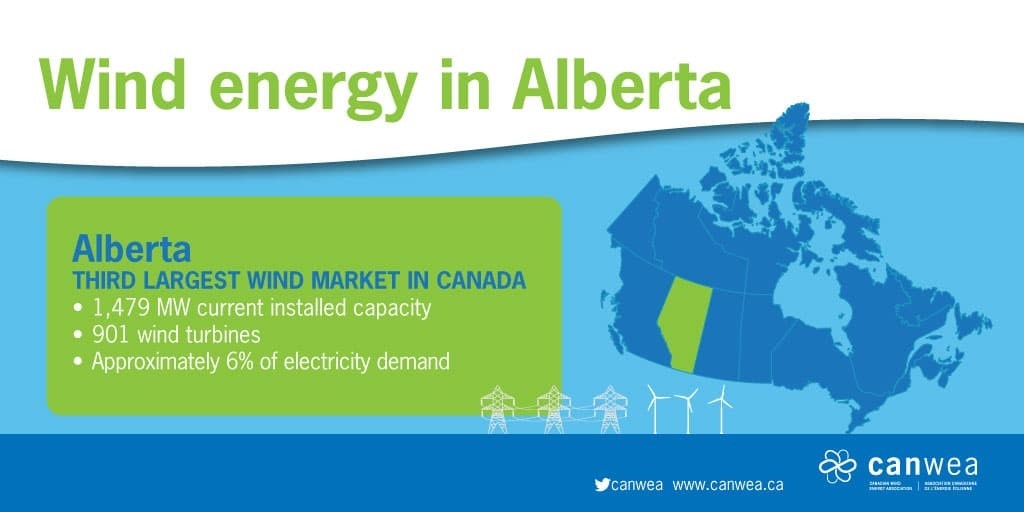 *As displayed in the following graphic wind energy has great potential in Alberta, being one of the largest markets in Canada.

According to NSW Government (2010), wind turbines covert 45% of the wind passing through the blades into electricity.

Levelized energy costs (LEC)- represent the total cost to build and operate a new power plant over its life divided to equal annual payments and amortized over expected annual electricity generation. This formula includes all associated costs from the initial capital, return on investment, continuous operation, fuel, maintenance and time required to build a plant and its expected lifetime (Renewable EnergySources, 2017).

The starting levelized cost for wind energy is 8.2 cents per kilowatt hour and an installation cost of $2,000 per kilowatt capacity (IER, 2013).

Overall wind energy is still an emerging technology that has potential in future years to provide benefits to energy consumers. Currently, the negatives such as environmental concerns, intermittence, and high initial costs are all still major deterrents against using wind energy to a higher degree within the Canadian energy mix. Next, we will investigate natural gas and the pros and cons to using this energy source.

All About Natural Gas

In recent years, natural gas has also become available from renewable sources as well as traditional ones. Renewable Natural Gas (RNG) is a locally produced, carbon-neutral energy source. It can be created from the decay of organic waste produced from farms, landfills and wastewater treatment facilities; this is called biogas (Fortis BC, 2017). From here, the biogas is captured and purified, until only methane remains, and finally injected into the natural gas distribution grid.

Natural gas is a vital source of energy for consumers for many reasons including the fact that it’s a versatile fuel source, abundant, safe and the cleanest of the fossil fuels. Another distinguishing factor is cost; natural gas rates remain significantly lower than electricity (more than five times cheaper). Natural gas is not a perfect fuel by any means and does come with setbacks such as producing greenhouse gases and is also highly combustible.

Is There a Clear Winner?

Efficiency is one major factor to look at when comparing different energy sources, natural gas is 90% effective for heating and 30% when producing electricity. Wind turbines are 45% efficient at converting wind from the blades into kinetic energy. Cost is another major component when making a purchasing decision, currently, the cost of wind farms and commercial turbines are still significantly higher than the cost of extracting natural gas from the Earth’s surface (or producing RNG).

As part of the modern world, we all require reliable energy to carry out the lifestyle we have become accustomed to living. This means the hunt for the best energy sources is still on, as each type comes with its own set of pros and cons associated with usage. A recent trend is renewables increasing in popularity, with two-thirds of Canada’s electricity now being provided from renewable energy. For the time being natural gas will remain the major powerhouse in Canada, some of the main reasons being affordability, reliability and clean attributes. Recent improvements have been introduced such as renewable natural gas and more efficient technology, which combined are working to keep gas competitive within the energy market. The future of energy is looking like a combination of renewables with natural gas used to support reliability and keep costs contained.