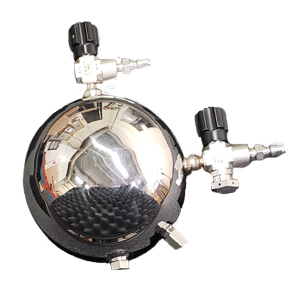 The Thermos Pycnometer measures the density of product including compressible, volatile liquids at high pressures and for proving the accuracy of liquid gravitometers and densitometers. The thermos type is excellent where there is a large differential between ambient and product temperatures.

We are proud to offer our pycnometer recertification service in partnership with Arcco Instrument Co. Our recertifications are performed according to API chapter 14.6 standards and entail complete documentation.

Let's talk about the Pycnometer